Whenever we’re board and going out or watching a movie just doesn’t sound appealing at the moment, we typically turn to games. If you’re feeling extra lazy for the day and can’t be bothered to set up anything or download any program, we suggest turning to unlocked games UG5. Games on these websites will only require an Adobe flash player, which we’re confident you already installed because of other programs, and you’re set to go. UG5 features various games divided in categories but we’ll concentrate on the top puzzle games. 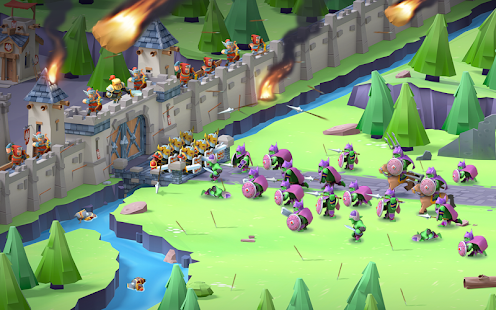 In Factory Kingdom you’re basically the owner of a brand new factory, it’s so new in fact that players start off with an empty room. The goal is to earn a stated amount of money overall but there are minor mission and activities players have to do or items they need to purchase in order to accomplish the said missions; every accomplishment earns the players some extra cash. After five minutes or so you’ll get the hang of the entire game which mainly involves upgrades, purchases, expansions until you reach the goal. With a few simple upgrades, that empty room finally begins to look like the factory that it was meant to be.

A rather unique concept where players are required to protect a carrot, that’s under the sea, from other sea creatures. You need to place weapons on the path that the sea creatures will take and hope that there’s enough fire power to place their health at zero before they get a bite out of the carrot. Choose from three weapons, an attacker, defense and stunner; you’ll constantly update the weapons you have from the money earned by killing the oncoming sea creatures until you passed all the waves safely.