Riddles are a common phenomena around the world. As a matter of fact, these riddles have been studied, as part of cultural studies and even literary studies. One of the things that a lot of scholars around the world have discovered is the fact that the best riddles come from different parts of the globe. Getting an exact definition of a riddle is rather tough, but usually, one gets to know what a riddle is whenever they see one. There have been a lot of researches that compile these riddles, and analyze them through means of defining and cataloging them. It really matters that context is not lost in doing so. Below are some definitions of riddles from around the world. 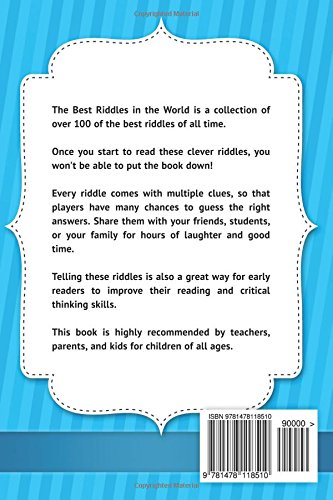 Riddles began to be published in the West, specifically in German-speaking countries, after the Medieval period. They were usually under German influence, and researches show that more than 100,000 have already been complied. The most important of all these is StrassburgerRätselbuch, published roughly 500 years ago, and have been reprinted for a lot of times already.

These riddles originate from modern Finland, certain areas in Western Russia, and in Modern-Day Estonia. It is a place where the riddles are note-worthy, thanks to its unique imagery and some riddles which are sexual in nature. These riddles have given evidence that literature in the Finnish Language has managed to survive.

One note-worthy collection of these riddles is by Archer Taylor, which was published in the 20th century. These riddles were Anglophone in nature. The form, however, has proven to be rare, but have been found to have humor in them, and are quite similar to the structure of what is now known as a classic joke, which starts with a question and then ends with an unexpected answer.